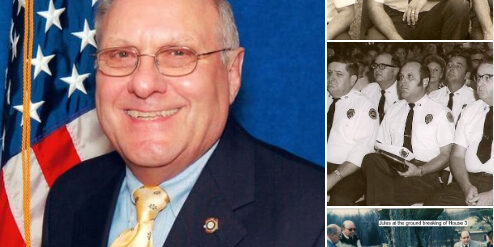 It is with deep regret that the Rock Community Fire Protection District announces the death of Retired Rock Community Firefighter, Training Officer, Deputy Chief and longtime Board member Jules Zimmermann.Jules was born in 1935 in St. Louis moved to Jefferson County in 1950, and married the love of his life, the late Irma Dohack in 1954. Jules and Irma had six sons, and numerous Grandchildren and Great Grandchildren. He joined the fire department as a volunteer Firefighter in 1954. Later he became Training Officer and then Deputy Chief of the department. Jules served on the Volunteer Fire Association Board and then on the original Board of Directors when the fire department became a fire district.Other Accomplishments of Jules:Organizer of the Jefferson County Fire Protection DistrictsServed on the Grand Jury in 1985 for Jefferson CountyMember of the Storm Warning Committee in 1986 and the Recreation Complex Committee for the City of Arnold in 1996.Also served on the Police Personal Board for the city of Arnold. Jules created the first ever history committee at Rock Community in 2009. That same committee published a book outlining the history of the department from 1941 to 2011.

He was also a retired General Forman for the sheet metal workers union local 36 from 1952-1996.The Rock Community Fire Protection District is grateful for the service Jules provided to the community for 57 years. He will be greatly missed. A private family mass and burial will be held December the 7th, 2020.

Collecting non-perishable food items during the month of November
November 3, 2021